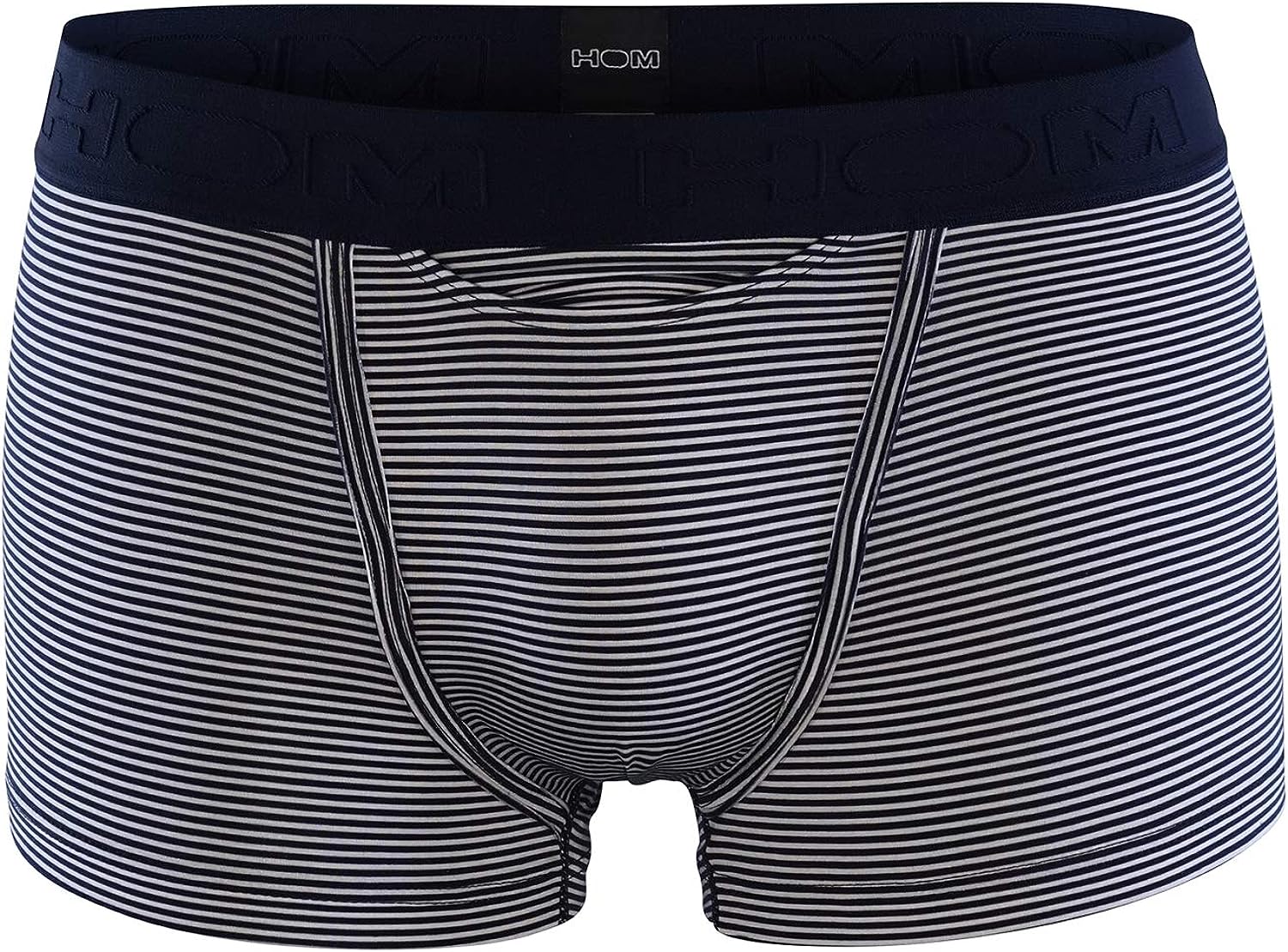 HOM has revisited sailor stripes with the SIMON line. This HO1 HOM boxer are boxers in modal polyester which feature the Horizontal Opening n1, which is specific to the brand and convenient for left or right-handed men. Featuring an elastic lining in front, this boxer for men gives you comfort and support in all circumstances. The stripes of this boxer are knitted by alternating two materials of different colors, which creates a touch which is both soft and textured. The material which is mostly in modal gives optimal absorbing properties and strongly resists shrinking and friction. Polyester also makes this HO1 boxer wrinkle and lint-free. The waistband in microfiber polyamide of this boxer is ultra-soft to the touch, pleasant to wear on the skin and doesnt squeeze. It subtly bears the HOM logo. In a dark color which is assorted with the stripes, it subtly enhances the sailor stripe colors. This HO1 boxer briefs for men is an elegant and comfortable basic for daily wear in navy blue and white. This season, it is available in winter colors and thus offers a fresh and trendy look; in red with navy blue stripes and green with dark green stripes with an assorted waistband. The SIMON line sailor stripes are also available on HO1 mini-briefs and boxer briefs/trunks for men. Youre sure to find the length of undergarment for men that suits you.51% Modal, 38% Polyester, 11% Elastane